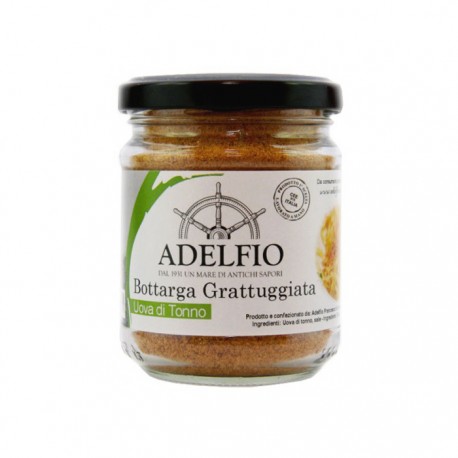 The bottarga is a food precious, made up of fish eggs that come salted and dried using traditional methods. From the unrepeatable flavor, for many considered the caviar of the Mediterranean.

Bottarga of bluefin tuna (Thunnus thynnus), is mainly produced in the factories of: Favignana, Trapani and San Vito Lo Capo in western Sicily, Marzamemi and Pachino, in the southern coast of Sicily. The egg Sicilian Red "Tuna is inserted between the traditional Sicilian food products recognized by the Ministry of Agriculture, Food and Forestry, on a proposal of the Sicilian Region. Sicily was once widespread in the habit of consuming the roe, tuna, as an appetizer or as a sauce for pasta, grated as is done with the cheese, the habit was then extended to the entire Tyrrhenian Italy, especially on spaghetti, creating the recipe for spaghetti with bottarga. As a starter you consume bottarga obliquely cut in slices, sprinkled with a little olive oil, or resting on buttered toast. A great appetizer may consist of piles of pureed cottage cheese in a blender and then sprinkled with grated bottarga, resting on buttered toast. In Sicily, Trapani, Syracuse, it is customary condirvi pasta, grated dissolving it in the middle of the dough, adding a fire off a fried garlic.
Quantity: 50g
Packaging: Glass Vase
Manufactured by: Adelfio-Marzamemi, Syracuse

12 other products in the same category: